Just before midnight on 17 July, the final feed of used fuel was fed into Sellafield's Magnox Reprocessing Plant's charge machine and dissolved in nitric acid to separate out the plutonium and uranium. It is a process which has been used to reprocess nearly 55,000 tonnes of Magnox fuel since 1964. 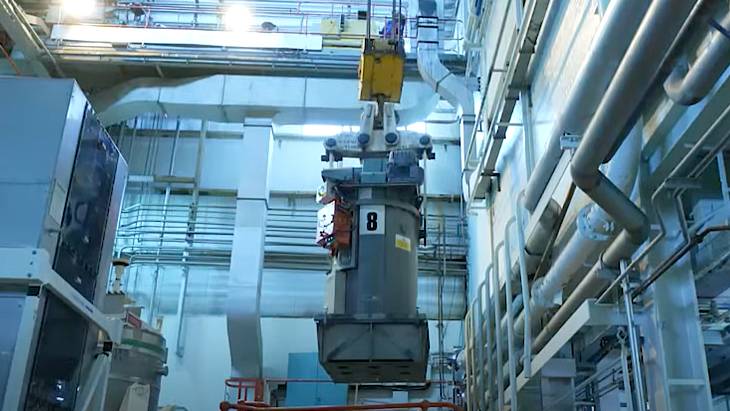 The fuel being reprocessed is from the first fleet of UK nuclear power plants - the Magnox fleet. The UK operated a fleet of 26 graphite-moderated and gas-cooled Magnox reactors between 1956 and 2015, when the last operational Magnox unit - Wylfa 1 - closed after almost 45 years of operation.

Sellafield's reprocessing plant has now worked its way through the stock of used fuel, which over the years has totalled about five million used nuclear fuel rods, which Sellafield says amounts to more reprocessing than the rest of the world combined.

Martin Chown, Sellafield CEO, said that the Magnox Reprocessing Plant was initially expected to have a 20-year operating life, but had turned into what he called "one of the biggest success stories in British industrial history".

He said:  "It has helped save 2.3 billion tonnes of carbon over its lifetime by supporting electricity generation across the UK ... the fact it has lasted 58 years is testament to the expertise and dedication of those who have been running the plant. But now is the safe time to stop. I want to thank everyone involved - not just in the plant itself, but all of the supporting facilities that make reprocessing possible."

Used fuel from the UK's current fleet of AGR (advanced gas-cooled reactor) nuclear power stations will continue to be sent for storage at Sellafield. The site's commercial Thermal Oxide Reprocessing Plant (Thorp) plant ceased reprocessing in 2018 after 24 years of operation.

Sellafield said its Magnox reprocessing building and its supporting plants "will soon enter a new era of clean-out and decommissioning" and says employee numbers in the plant will remain about the same during the clean-out phase, which will take about two years.