Agreement on operation of Belgian reactors expected by year-end

The Belgian government and Electrabel have signed a non-binding Letter of Intent on continuing negotiations on the feasibility and terms for the operation of Doel 4 and Tihange 3 for a further ten years. The two sides aim to agree a binding legal agreement by the end of December. 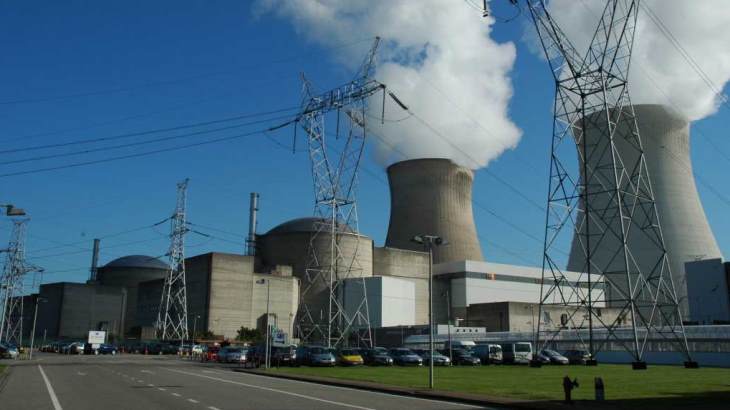 Under a plan announced by Belgium's coalition government in December last year, Doel 3 and Tihange 2 will be shut down in 2022 and 2023, respectively. The newer Doel 4 and Tihange 3 would be shut down by 2025. Belgium's nuclear plants account for almost half of the country's electricity production. It has still not been established how the country will make up the shortfall from closing its reactors. Grid operator Elia has previously said that at least 3.6 GWe of new thermal capacity would be needed by the end of 2025.

However, on 18 March, the government decided to start talks with Electrabel - the Belgian subsidiary of French utility Engie - with a view to extending the operation of Doel 4 and Tihange 3 nuclear reactors, allowing for the retention of 2 GWe of nuclear generation capacity. The decision was taken in the response to the geopolitical situation in Europe, in particular the war in Ukraine, the impact of the war on gas supplies in neighbouring countries, the unplanned unavailability of several French nuclear power plants and the impact of all this on the Belgian electricity supply.

"The talks about extending the lifespan of Doel 4 and Tihange 3 are progressing constructively," Belgian Prime Minister Alexander De Croo and Energy Minister Tinne Van der Straeten have now said in a joint statement. "In a joint agreement in principle, the Belgian state and Engie have agreed on the further approach, timing and framework of the negotiations."

While the reactors would be shut down by 2025 as planned, "the parties are willing to discuss and agree the conditions that would allow for the restart of both units in November 2026", Electrabel said. "This agreement will also include all the economic conditions of the extension."

De Croo and Van der Straeten stressed that the Belgian state will not become an operator of the reactors. Negotiations, they said, include creating "a stable and sustainable structure in which the Belgian state and Engie share both risks and profits" through the establishment of a new 50-50 joint venture company.

In addition, the agreement calls for a cap on future liabilities and costs for the management of nuclear waste and used fuel in the form of a fixed amount, including a premium to cover future uncertainties, to be fixed after review by the relevant authorities.

The Belgian government and Electrabel will continue talks "in a similarly constructive atmosphere", with joint working groups set to begin work.

"The objective is to negotiate and agree a binding legal agreement by 31 December 2022, while ensuring a balanced distribution of risks and opportunities that offers each party stability and a fair transaction structure for the long term," Electrabel said. "Engie will continue to work constructively with the Belgian state towards supporting the security of supply for Belgium."

The proposed life extension of the units will still need to be approved by the European Commission.

Earlier this week, De Croo announced that the government had requested Electrabel extend operation of Tihange 2 - which is currently due to shut at the start of February 2023 - until the end of March 2023. However, the operator said it would not be feasible "due to both technical and nuclear safety constraints".