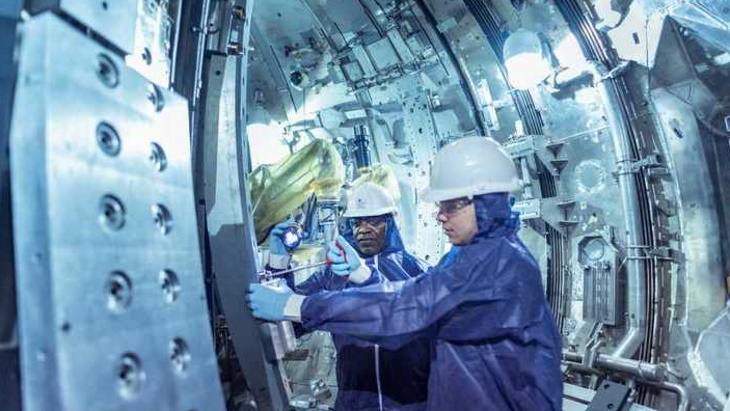 The agreement establishes the terms under which a series of work projects between CFS (a Massachusetts Institute of Technology (MIT) spinout company) and UKAEA will support the development of fusion energy and related technologies.

"This agreement is the result of a shared mission of both organisations to leverage innovative research and the speed of the private sector to support the fastest path to low-carbon commercial fusion energy - based on the same processes that power the sun and stars," they said.

"Fusion presents an exciting opportunity for the UK and we're proud our ground-breaking work here continues to support economic growth and attracts such leading international partners."

CFS CEO Bob Mumgaard added: "CFS and UKAEA have a mutual interest and strong belief that public-private collaborations such as this represent a way to accelerate advances in commercial fusion energy technology and support CFS' plans to deliver commercial fusion as quickly as possible.

"UKAEA is a leader in fusion energy research and CFS plans to establish a UK presence as we leverage the combined skills and talents of both organisations to develop the fastest path to commercial fusion power on the grid."

CFS is collaborating with MIT to leverage decades of research combined with new groundbreaking high-temperature superconducting (HTS) magnet technology. These magnets will enable compact fusion power plants that can be constructed faster and at lower cost.

In May, MIT Plasma Science and Fusion Center (PSFC) signed a new five-year agreement with CFS to expand its fusion energy research and education activities.

CFS is working to build the SPARC prototype fusion machine which it says will pave the way for a first commercially viable fusion power plant called ARC. SPARC is described by PSFC as a compact, high-field, net fusion energy device which would be the size of existing mid-sized fusion devices, but with a much stronger magnetic field. It is predicted to produce 50-100 MW of fusion power, achieving fusion gain greater than 10.

The UKAEA conducts out fusion energy research on behalf of the UK government. It oversees the UK's fusion programme, headed by the MAST Upgrade (Mega Amp Spherical Tokamak) experiment. It also hosts the world's largest fusion research facility, JET (Joint European Torus), which it operates for scientists from around Europe.