Westinghouse, EDF to study use of accident-tolerant fuel

Westinghouse Electric Company and France's EDF are to jointly explore the functionalities of Westinghouse's EnCore accident-tolerant fuel (ATF) technology. Westinghouse will study the use of the fuel in an EDF reactor for potential deployment across the EDF nuclear fleet after 2030. 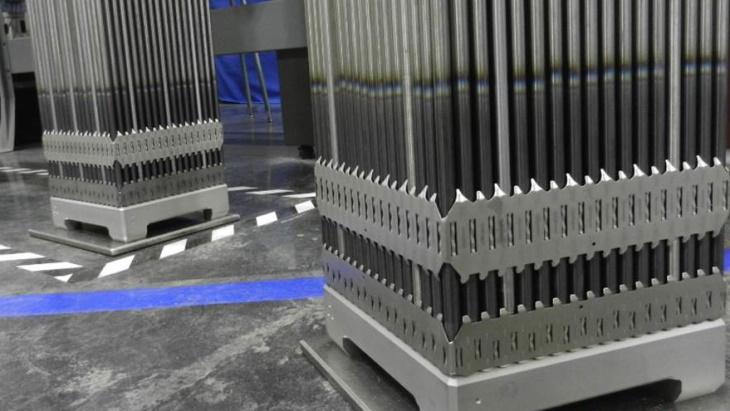 Accident-tolerant fuel is a term used to describe new technologies that enhance the tolerance of light-water reactor fuel under severe accident conditions as well as offering improvements to reactor performance and economics. Such fuels may incorporate the use of new materials and designs for cladding and fuel pellets.

Westinghouse said it will deliver EnCore assemblies with lead test rods (LTR) to EDF from its fuel fabrication facility in Västerås, Sweden by 2023.

The initiative includes the licensing, qualification, fabrication, delivery and operation of the LTR in an EDF 1300 MWe reactor. Westinghouse also will conduct a post-irradiation exam to verify the enhanced accident tolerance features in EDF's reactors under operating conditions.

Westinghouse noted: "This will be the largest R&D programme on enhanced fuel that Westinghouse has conducted in Europe to date."

"Westinghouse is a pioneer in the industry‐wide ATF initiative, with programmes delivered to US and European customers in 2019 and 2020," said Westinghouse President of Nuclear Fuel Tarik Choho. "We are delighted to collaborate with EDF in this development programme and highly value EDF's proactiveness and engagement in this critical, long-term effort."

Three vendors - Framatome, GE Hitachi with GNF, and Westinghouse - are working with the US Department of Energy (DOE) to develop new fuels under its Accident Tolerant Fuel Program.

Under the programme, lead test rods containing Westinghouse's EnCore fuel technology were loaded into unit 2 at Exelon's Byron nuclear power plant in Illinois in the spring of 2019. These were removed after completing their operating cycle during a scheduled outage in the autumn of 2020. Oak Ridge National Laboratory is carrying out post-irradiation experiments on the fuel to help qualify it with the US Nuclear Regulatory Commission.