Inner dome installed at Zhangzhou unit 2 ahead of schedule 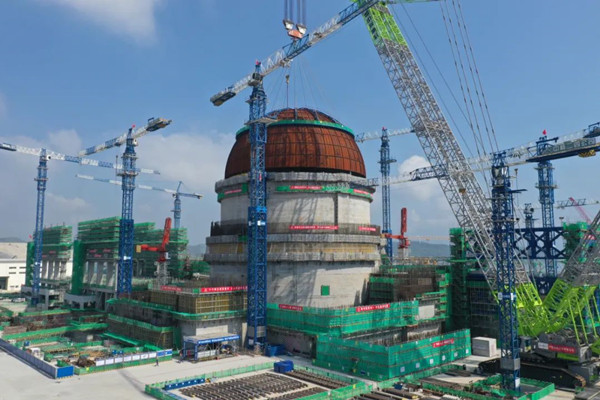 The inner dome for unit 2 of the Zhangzhou nuclear power plant was successfully hoisted into place ahead of schedule, on Aug 23 in East China's Fujian province, marking the shift from its construction stage to installation stage. 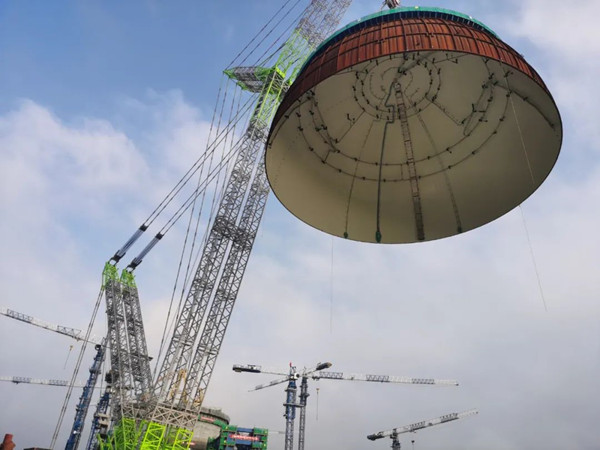 Zhangzhou unit 2 adopts the Hualong One reactor design. It has set a new record for the shortest construction period from the first pouring of the concrete to the installation of its inner dome using open-top construction technology. 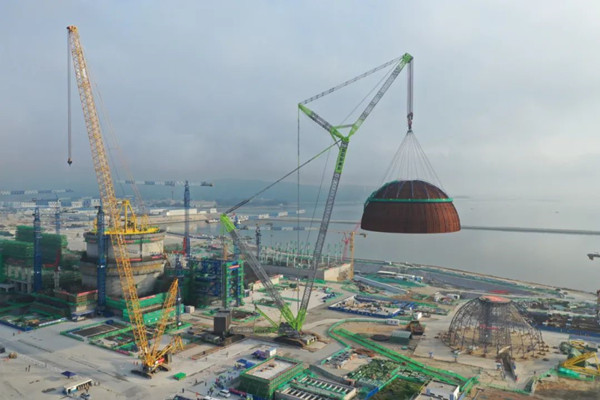 The installation of the inner dome is an important milestone in the construction of the Hualong One project. The dome is located on top of the nuclear island. Its main function is to ensure the integrity and leak tightness of the reactor building, and plays a key role in the containment of radioactive substances. 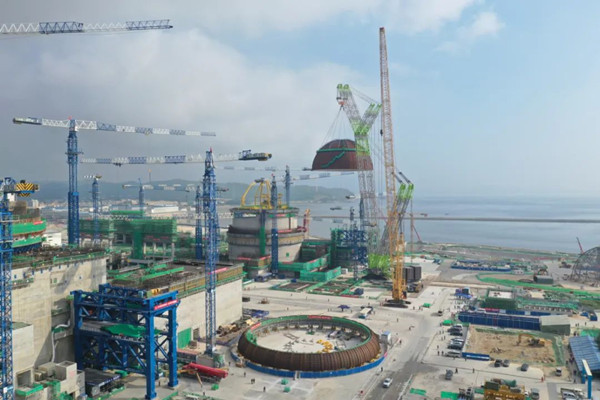 Hualong One is a major achievement of the China National Nuclear Corporation (CNNC) in implementing China's carbon peaking and carbon neutrality goals. It is one of the most widely accepted third-generation nuclear power reactor designs in the current market, meeting the highest international safety standards. Four Hualong One units have been put into commercial operation so far. 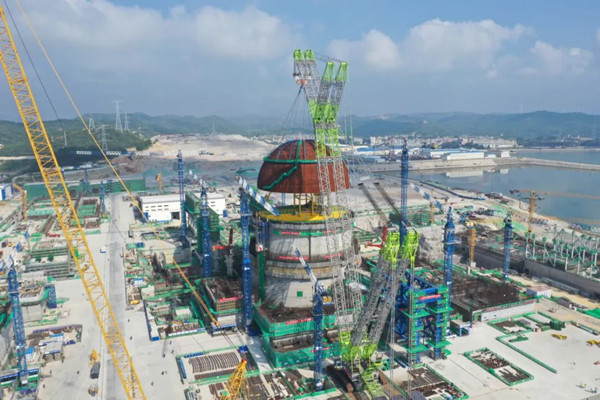 Each Hualong One unit generates approximately 10 billion kilowatt-hours of electricity per year, meeting the annual electricity demands of up to 1 million people in moderately developed countries. This is equivalent to reducing standard coal consumption by 3.12 million tons, cutting carbon dioxide emissions by 8.16 million tons, or planting more than 70 million trees.