Two German plants to be held in reserve temporarily

Germany will shut down its last three remaining nuclear power plants at the end of 2022 as planned, the Federal Ministry of Economics and Climate Protection (Bundesministerium für Wirtschaft und Klimaschutz, BMWK) has announced. However, two of the plants, in the south of the country, will be kept on standby to supply power over the coming winter if needed. 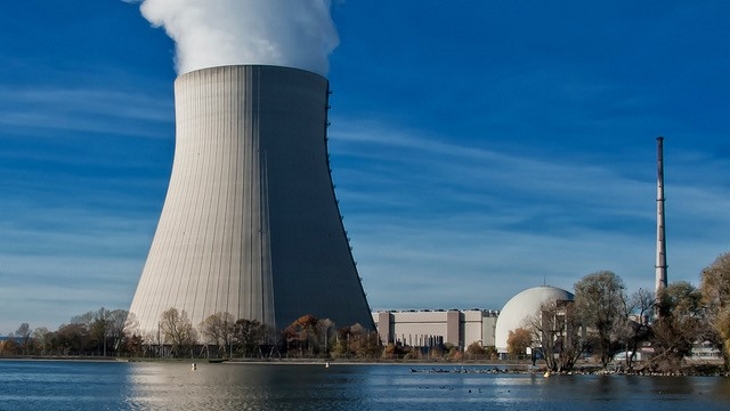 Plans call for Isar 2, along with Neckarwestheim 2, to be available until April next year (Image: (Bjoern Schwartz)

Following the accident at the Fukushima Daiichi plant in Japan in March 2011, the government of Chancellor Angela Merkel decided it would phase out its use of nuclear power by the end of 2022 at the latest. Prior to the accident, Germany was obtaining around one-quarter of its electricity from nuclear power.

In August 2011, the 13th amendment of the Nuclear Power Act came into effect, which underlined the political will to phase out nuclear power in Germany. As a result, eight units were closed down immediately: Biblis A and B, Brunsbüttel, Isar 1, Krümmel, Neckarwestheim 1, Phillipsburg 1 and Unterweser. The Brokdorf, Grohnde and Gundremmingen C plants were permanently shut down at the end of December 2021.

The country's final three units - Emsland, Isar 2 and Neckarwestheim 2 - are set to close at the end of this year.

The four German transmission system operators - 50Hertz, Amprion, TenneT and Transnet BW - presented the results of a second network stress test, covering winter 2022/23, to the government on 5 September. On behalf of BMWK, they examined the security of the power grid for this winter under more severe external conditions in a special analysis from mid-July to the beginning of this month.

Compared with the first stress test - conducted between March and May this year - the assumptions on the effects of Russia's military action against Ukraine on the energy market were "significantly tightened and gradually scaled up for precautionary reasons". The calculations also take into account other possible bottlenecks in power plant availability.

"The second grid stress test comes to the conclusion that hourly crisis situations in the electricity system in winter 22/23 are very unlikely, but cannot be completely ruled out at the moment," BMWK said. "A number of additional measures are therefore recommended so that even in these very unlikely scenarios there is no short-term load undersupply or power failures due to grid stress situations."

The ministry noted that some of the measures recommended in the stress test have already been implemented or are in the process of being implemented, such as the use of power plant reserves and the return of coal-fired power plants to the market. It said further measures are in the immediate preparation and will be implemented with a third amendment to the Energy Security Act.

"This also means that all three nuclear power plants still connected to the grid in Germany will be taken off the grid as planned at the end of 2022. We are sticking to the phase-out of nuclear power, as regulated in the Atomic Energy Act. New fuel elements will not be loaded and in mid-April 2023 the reserve will also be closed."

The ministry said the operational reserve from Isar 2 and Neckarwestheim should "be deliberately designed as a reserve and only used if it is feared that the other instruments will not be sufficient to avert a supply crisis." It added, "An extension beyond mid-April 2023 or a revival in winter 23/24 is ruled out due to the state of safety of the nuclear power plants and the fundamental considerations regarding the risks of nuclear power."

It said there was no need to keep the Emsland plant, in northern Germany, in reserve as power requirements in the region can be met using other sources.

Energie Baden-Württemberg (EnBW), operator of the Neckarwestheim 2 plant, stated it has always said it would support the German government's efforts to guarantee a secure energy supply "within the bounds of its capabilities and be ready to talk at any time".

It said following the announcement two plants would be kept in reserve that "the legal framework must be created as quickly as possible" for the plants to be ready for operation beyond the end of this year.

"Furthermore, the German government must expound on the details of the agreed approach in consultation with the power plant operators wherever possible," it added. "EnBW will then immediately examine the feasibility - particularly with regard to technical and organisational considerations - of keeping the Neckarwestheim 2 nuclear power plant in standby mode beyond the end of the year."

The Isar 2 plant is operated by EOn group subsidiary PreussenElektra.

EOn said, "With the plan now presented, it will primarily be a question of examining whether and how it is technically and organisationally feasible, because in terms of their technical design, nuclear power plants are not reserve power plants that can be variably switched on and off.

"The federal government should therefore quickly clarify the specific details of this procedure, ideally together with the operators, and create the necessary legal basis to enable us to examine the feasibility. In addition, we would like to make it very clear once again that the Isar 2 nuclear power plant is operational today and also beyond 31 December. The plant also meets all safety-related requirements and is one of the safest systems in the world."