China Discovered New Lunar Mineral for the First Time (Chang’e on the Moon, for real?)

Gazing up at the sky, we all dreamed about being on the Moon when we were little. The elderly say there lives the Goddess Chang’e. The lunar probe Chang’e 5 landed on the Moon and brought lunar soil samples back to earth in 2020. Two years later, Chinese scientists discovered a special gift, a new mineral from the Moon. 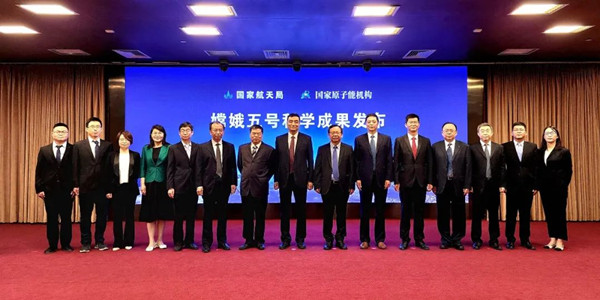 On September 9, the eve of the Chinese traditional Mid-Autumn Festival, a day for eating moon-cake and family reunions, China National Space Administration (CNSA) and China Atomic Energy Authority (CAEA) jointly released research findings of the lunar samples brought back by the probe Chang’e 5. A new mineral named “Changesite-(Y)” was discovered by scientists from Beijing Research Institute of Uranium Geology (BRIUG), a subsidiary of China National Nuclear Corporation (CNNC). It has been approved by the Commission on New Minerals, Nomenclature and Classification (CNMNC) of the International Mineralogical Association (IMA). The “Changesite-(Y)” is the first lunar mineral discovered by China, and the sixth in the world.

As a major breakthrough in China’s astromineralogical studies, the Changesite-(Y) makes China the third country to have discovered a new lunar mineral, contributing China’s share to the peaceful use and joint exploration of space resources.

Two other major research achievements by CNNC of the lunar samples were also announced in the press release. The first one is that China has for the first time determined the concentration of Helium-3, the future fusion energy source, from Chang’e-5lunar soil samples and its extraction parameters, providing fundamental scientific data for lunar resources evaluation and exploration. The second one is that the morphological characteristics of lunar soil particles have been identified through extensive and systematic studies, providing thescientific basis for studying how the lunar soil was formed.

Lunar research is one of the crucially basic and cutting-edge fields of research. Analyzing the composition of lunar soil and lunar rock samples and studying nuclear science to assess potential nuclear energy resources on the Moon is one of the strategic goals of China’s Lunar Exploration Project (CLEP). The applications of nuclear technology has played an essential role to reach that end.

The CNNC has all along dedicated itself to serving the national strategic goals, providing full support for national deep space exploration efforts. Its studies on lunar samples date back to over 40 years ago. In 1978, China Institute of Atomic Energy (CIAE), a subsidiary of CNNC, determined concentrations of 36 elements from the one-gram lunar soil sample given by the US. Since the CLEP was launched, CNNC has been preparing itself for the analysis of lunar soil samples. It has successively conducted activation analysis experiment on lunar soil simulant and meteorites. Years of experimental studies have been carried out on uranium fission interference, fast neutron-induced valve interference, traceability, transmission and quality control of the value in the quantitative process, which has accumulated valuable experience for lunar soil sample analysis. 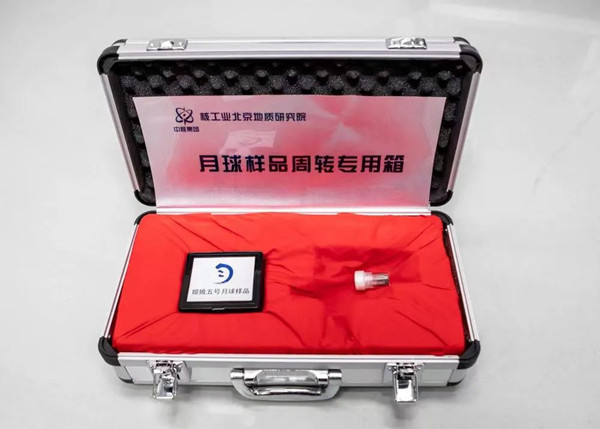 The BRIUG of CNNC is one of the first group of research institutions to have been distributed lunar samples brought back by the probe Chang’e 5. The BRIUG set up Lunar Sample Laboratory for this particular task and a team led by Professor LI Ziying has been focusing on the research of fission and fusion elements of the lunar sample, and basic geological research of lunar nuclear energy resources. A pure single-crystal particle of ca. 10 micron in diameter, less than a tenth of average diameter of human hair, has been successfully separated from totally 140 000 particles. The team has decoded its crystal structure and verified that it it a new mineral.

As one of the key national research institutions in the field of nuclear energy, the BRIUG has committed itself to serving the national strategic goals by pursuing integrated development of both research and production, both theoretical and technological innovations. Through continuously extending its fields of research and business development, the BRIUG has increasingly enhanced its capacity and capability in technological innovation and industrial service, serving as the National Scientific and Technological Center for Nuclear Geology and the sole comprehensive research institute in China with uranium geology as its focus. 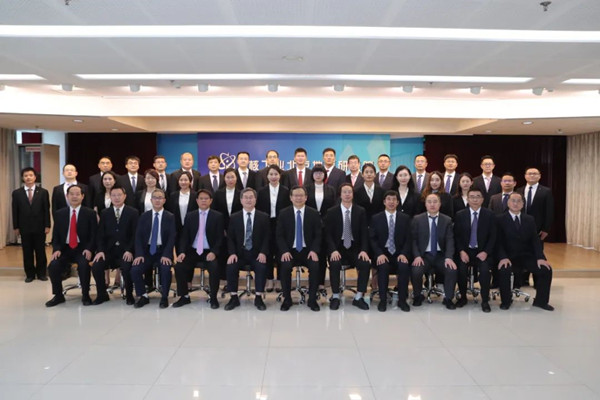