Unit 4 of Beloyarsk nuclear power plant with a BN-800 fast reactor has been connected to the grid and resumed operations after being fully loaded with uranium-plutonium mixed oxide (MOX) fuel. 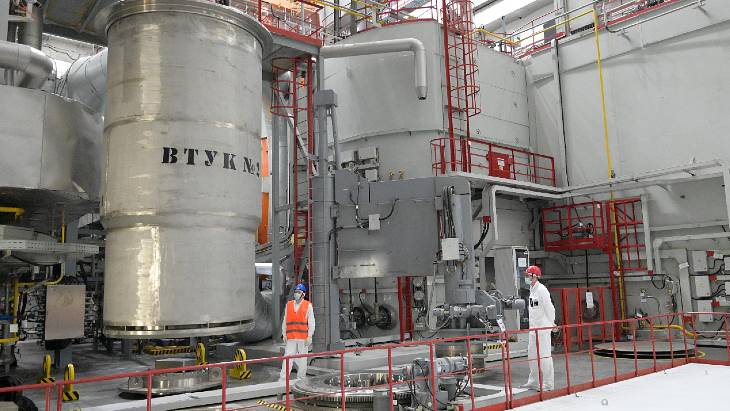 TVEL is the supplier of the MOX fuel to Beloyarsk 4 (Image: TVEL/Rosatom)

The plutonium for this was produced from uranium during the operation of other nuclear power plants and recovered from the used fuel assemblies through reprocessing.

MOX fuel is manufactured from plutonium recovered from used reactor fuel, mixed with depleted uranium which is a by-product from uranium enrichment.

“Full conversion of the BN-800 to MOX fuel is a long-anticipated milestone for the nuclear industry. For the first time in the history of Russian nuclear power, we proceed to operation of a fast neutron reactor with a full load of uranium-plutonium fuel and closed nuclear fuel cycle,” said Alexander Ugryumov, Senior Vice President for Research and Development at TVEL JSC.

“This is the original reason and target why the BN-800 was developed, and why Rosatom built the unique automated fuel fabrication facility at the Mining and Chemical Combine. Advanced technologies of fissile materials recycling and re-fabrication of nuclear fuel will make it possible to expand the resource feed-stock of the nuclear power, reprocess irradiated fuel instead of storing it, and to reduce the volumes of waste.”

The unit is a sodium-cooled fast reactor which produces about 820 MWe. It started operation in 2016 and in 2020 achieved a capacity factor of 82% despite having an experimental role in proving reactor technologies and fuels.