The US Nuclear Regulatory Commission (NRC) has issued a renewed licence for Westinghouse's Columbia Fuel Fabrication Facility in Hopkins, South Carolina, which means it can continue producing nuclear fuel for commercial nuclear power reactors until September 2062. 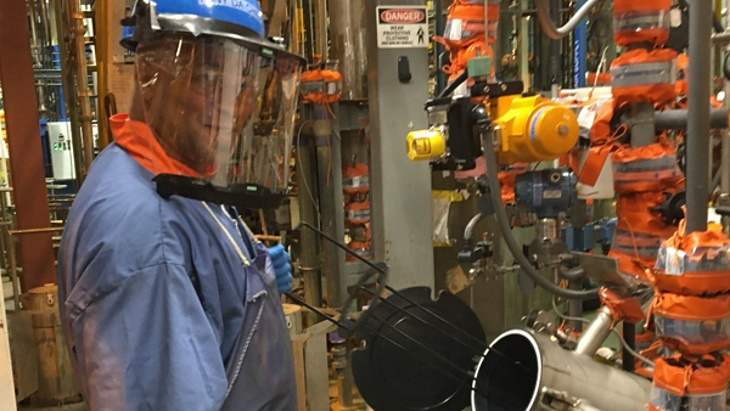 Inside the Columbia facility, where fuel fabrication can continue until 2062 (Image: Westinghouse)

The Columbia facility's first licence was issued by the US Atomic Energy Commission in 1969 and was last renewed by the NRC in 2007. Westinghouse said it has made substantial investments over recent years improve operations, infrastructure, maintenance, environmental, and safety standards throughout the facility, which employs some 850 people.
The licence renewal follows the completion by NRC staff of safety and environmental reviews of Westinghouse's application which concluded that the company's programmes are adequate to ensure safe operation of the facility for the 40-year period. A final safety report has now been published, in which NRC staff did not identify safety risks or new processes or technologies that might introduce new safety concerns. A final environmental impact statement was published on 29 July which catalogued "small" impacts on most resources and "small to moderate" impacts on groundwater and waste generation during decommissioning, the regulator said.
Westinghouse President and CEO Patrick Fragman said the company was "very pleased" with the licence renewal. "The Columbia Fuel Fabrication Facility plays a vital role in fueling the global operating nuclear fleet while also assuring United States energy independence. Looking to the future, we are proud to continue generating safe, clean and sustainable energy in South Carolina as a flagship facility in our global nuclear fuel portfolio," he said.