China's State Council approved the construction of two CAP1000 units as Phase I of the Lianjiang nuclear power plant in Guangdong province and two Hualong One units as Phase II of the Zhangzhou plant in Fujian province. 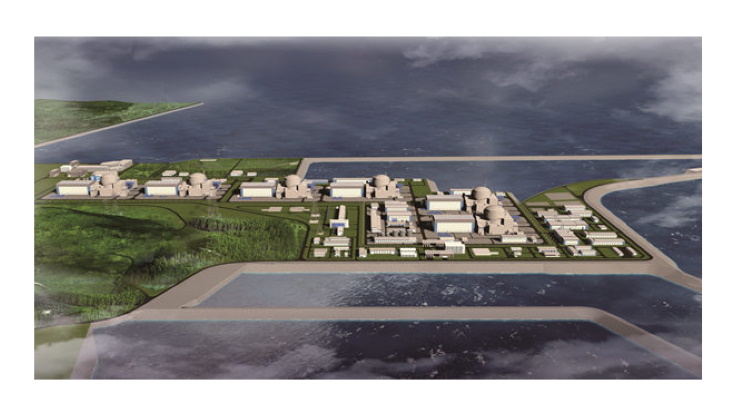 How the Zhangzhou plant should appear once all six unit have been constructed (Image: NNSA)

The decision to approve the projects was taken during a 14 September meeting chaired by Premier Li Keqiang.

"In order to improve energy security capability and promote green development, the meeting decided to approve the nuclear power projects of Zhangzhou Phase II in Fujian and Lianjiang Phase I in Guangdong, which have been included in the plan and have mature conditions," the state news agency Xinhua reported.

Two CAP1000 units - the Chinese version of the AP1000 - are planned for the first phase of the Lianjiang plant, a project of State Power Investment Corporation (SPIC). Four further CAP1000s are envisaged for the second phase of the project.

With a total nuclear power installed capacity of 8.09 GW, SPIC is one of the three major developers and operators of nuclear power in China. It has six nuclear power units in operation, four under construction and a number of reserved sites for future projects.

In May 2014, the local government gave approval for Phase I of the Zhangzhou plant, comprising two AP1000 units. The National Nuclear Safety Administration gave approval in December 2015 for the AP1000 units and confirmed site selection in October 2016. Construction of Phase I had originally been expected to start in May 2017. However, China National Nuclear Corporation (CNNC) subsequently decided to use the HPR1000 (Hualong One) design instead. Two more Hualong One units are planned for Phase II of the plant and a further two proposed for Phase III.

Construction of Zhangzhou 1 began in October 2019, with that of unit 2 starting in September 2020. The units are scheduled to enter commercial operation in 2024 and 2025, respectively.

CNNC issued the environmental impact assessment for Zhangzhou units 3 and 4 in October 2020.

The project is owned by CNNC-Guodian Zhangzhou Energy Company, which was created by CNNC (51%) and China Guodian Corporation (49%).

In April, the construction of two new reactors at each of the Sanmen, Haiyang and Lufeng nuclear power plant sites in China was approved by the State Council. The approvals were for Sanmen units 3 and 4, Haiyang 3 and 4 and units 5 and 6 of the Lufeng plant.