At the forum, the China National Nuclear Corporation (CNNC) unveiled the "Belt and Road" Sustainability Report. As a main player in Chinese nuclear technology, the CNNC has proactively implemented the Belt and Road Initiative (BRI) by deepening its collaboration with business partners in BRI countries and regions, expanding high-level opening-up and cooperation, and has made noticeable achievements. The report introduced CNNC's efforts to seek collaborative development and common prosperity with business partners in the countries and regions involved in the BRI. 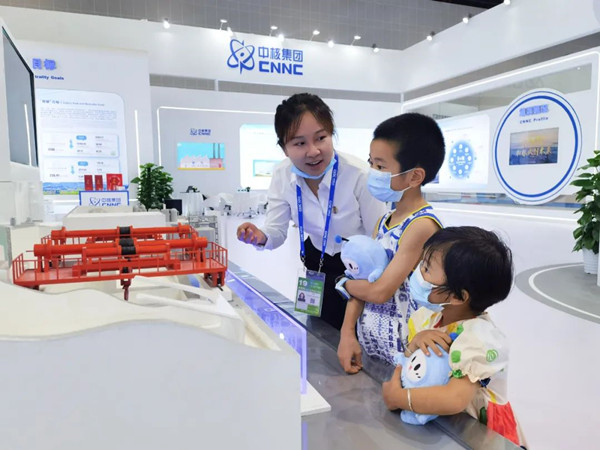 During the forum, the CNNC also held an exhibition on its achievements in the application of nuclear technology, receiving wide attention from visitors.

Jointly hosted by the China Atomic Energy Authority (CAEA) and the government of Guangxi, the forum plays an important role in promoting the industrial development of nuclear energy and technology in the autonomous region; facilitating the implementation of China's carbon peaking and carbon neutrality goals; deepening the understanding of ASEAN countries toward Chinese nuclear technology applications, products and services; enhancing pragmatic cooperation among ASEAN countries, and injecting new vitality into the development of the China-ASEAN comprehensive strategic partnership.