Funding has been allocated in the coming years for the construction of the Pallas research reactor in Petten, the Netherlands, Minister of Health, Welfare and Sport Ernst Kuipers announced. 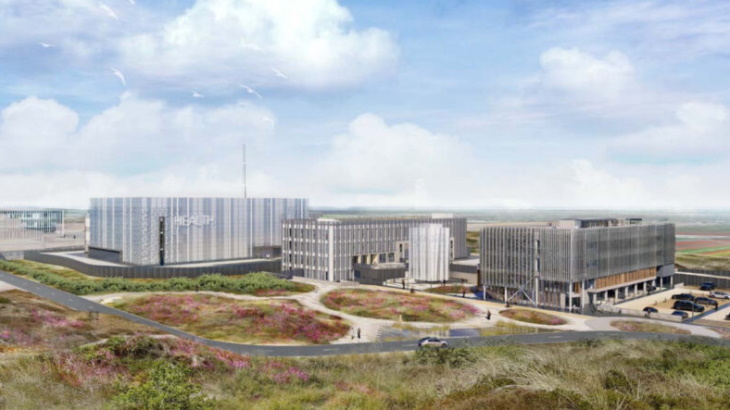 The new Pallas reactor will be located at the Energy & Health Campus in Petten (Image: Pallas)

He said the ministry is reserving EUR30 million (USD30 million) for the project this year and EUR129 million per year from next year.

"This is a wonderful step," said NRG-Pallas CEO Bertholt Leeftink. "The new reactor is in the interest of security of supply of medical isotopes for patients worldwide and important for maintaining the Dutch nuclear knowledge infrastructure.

"The Netherlands has an extremely strong position in the global market for medical isotopes and nuclear technological research. With the arrival of Pallas, we are able to maintain and expand this position and guarantee the preservation of high-quality knowledge and employment in the North Holland headland."

"The Pallas team has been working hard in recent years to prepare for the construction of the Pallas reactor," added Pallas Programme Director Peter Dijk. "With this decision, we can proceed with the preparatory work for the final realisation of the new build."

The Pallas research reactor is to be built at Petten to replace the existing High Flux Reactor (HFR). The 45 MW HFR started operating in September 1960, since when its use has largely been shifted from nuclear materials testing to fundamental research and the production of medical radioisotopes. The reactor - operated by NRG on behalf of the European Union's Joint Research Centre - has for a long time supplied about 60% of Europe's and 30% of the world's use of medical radioactive sources.

Pallas will be of the "tank-in-pool" type, with a thermal power of around 55 MW, and able to deploy its neutron flux more efficiently and effectively than the HFR. The new reactor is expected to begin operation around 2024.

The Dutch government has yet to make a final decision on constructing the Pallas reactor.