Unit 3 of the Doel nuclear power plant was disconnected from the grid at 9.31pm on 23 September, in accordance with Belgium's legislation on the gradual phase-out of nuclear energy. Doel 3 is the first of seven Belgian reactors to be taken out of service over the coming years. 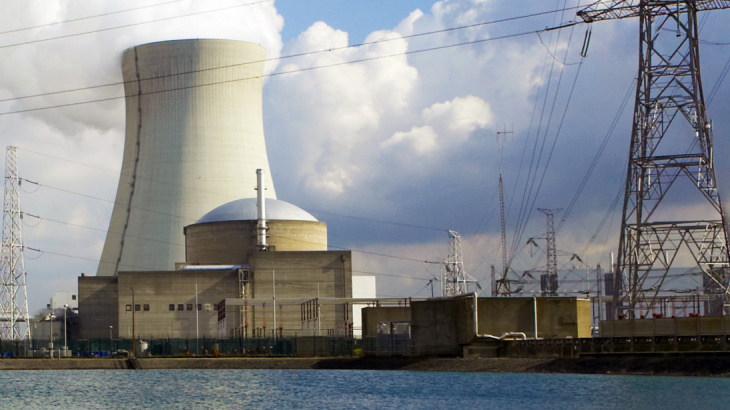 Doel 3 - a 1006 MWe (net) pressurised water reactor that began operating in 1982 - has been operating in 'stretch-out' mode for the past two-and-a-half months, running at about 60% of its capacity.

The reactor's shutdown was supervised by the Federal Agency for Nuclear Control (FANC).

"Technically, shutting down the reactor is no different from the annual shut down for maintenance," said Nathan Lemahieu, a nuclear inspector at FANC and responsible for overseeing safety at the Doel site. "The procedures are therefore not new and have been followed correctly. Because in this case it was the last stop, it was of course a special moment for the operating teams. They brought the reactor to a complete stop. The reactor is currently being cooled further. For FANC, too, the first permanent shutdown will lead to a number of new activities."

Six months ago, Engie Electrabel submitted a shutdown notification to FANC. This describes the work that will be carried out during the post-operational phase to prepare for decommissioning. FANC analysed that document, pointed out a number of specific points for attention and imposed conditions that had to be met in order for the post-operational phase to proceed in complete safety.

Operators will soon open the reactor for one last time, remove all 157 fuel assemblies and transfer them to the cooling pools. To remove as much radioactivity from the systems as possible, employees will flush the primary circuit with a chemical solution.

In the spring of 2023, operators will begin transferring the already sufficiently cooled fuel elements (from previous reactor operating cycles) from the cooling pools to special storage and transport containers. These will be transferred to an on-site used fuel interim storage facility. Completely emptying the cooling pools is expected to take more than four years.

Once the fuel pools are also completely emptied and cleaned, 99% of the total radioactivity will have been removed from Doel 3's facilities. At that point, Electrabel can proceed with the complete dismantling of the plant. According to current schedule, the first decommissioning activities will start in 2026.

At the end of the dismantling phase, all parts of the nuclear power plant will be completely free of radioactivity or hazardous substances. The remaining structures and buildings will be completely demolished using conventional demolition methods. Once all units are demolished, the site will be prepared for new industrial activities.

"The final shutdown of Doel 3 marks an important milestone in the history of our site," said Peter Moens, director of Doel plant. "Our staff have carefully prepared the dismantling of Doel 3; it involves a project on a scale hitherto unseen in Belgium. I know I can count on these colleagues to carry out this new phase with the same dedication and professional pride as before. One thing will not change anyway: nuclear safety will always remain our first priority, until the last day."

Belgium's nuclear plants account for almost half of the country's electricity production. Under the country's phase-out law, all of Belgium's reactors were originally scheduled to shut down by the end of 2025.

Under a plan announced by Belgium's coalition government in December last year, Doel 3 and Tihange 2 will be shut down in 2022 and 2023, respectively. The newer Doel 4 and Tihange 3 would be shut down by 2025, together with Doel units 1 and 2, which had their operating licences extended in 2014.

However, on 18 March, the government decided to start talks with Electrabel - the Belgian subsidiary of French utility Engie - with a view to extending the operation of Doel 4 and Tihange 3 nuclear reactors, allowing for the retention of 2 GWe of nuclear generation capacity. The decision was taken in the response to the geopolitical situation in Europe, in particular the war in Ukraine, the impact of the war on gas supplies in neighbouring countries, the unplanned unavailability of several French nuclear power plants and the impact of all this on the Belgian electricity supply.

In July, the Belgian government and Electrabel signed a non-binding Letter of Intent on continuing negotiations on the feasibility and terms for the operation of Doel 4 and Tihange 3 for a further ten years. The two sides aim to agree a binding legal agreement by the end of this year.