Accord reached on keeping two German reactors in reserve

The German government has reached an agreement with the operators of Isar 2 and Neckarwestheim 2 on keeping the nuclear power plants on standby to supply power over the coming winter if needed. 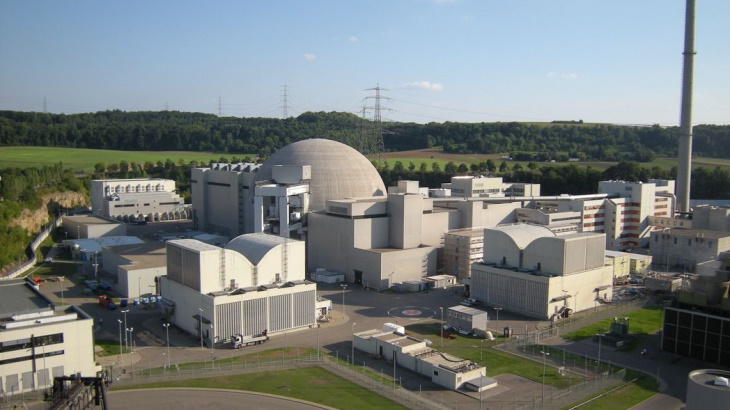 The agreement was reached between the Federal Ministry of Economics and Climate Protection (Bundesministerium für Wirtschaft und Klimaschutz, BMWK) and Energie Baden-Württemberg (EnBW) - operator of the Neckarwestheim 2 plant - and EOn group subsidiary PreussenElektra - operator of the Isar 2 plant.

According to agreement, the two plants are to be transferred to an operational reserve after the end of their regular service life on 31 December in order to prevent an impending power grid bottleneck in southern Germany. To make the reserve possible, the operators of the plants will now take steps to ensure that the reactors can continue to be operated beyond 31 December and until 15 April at the latest.

The ministry noted the decision for the continued operation of the reactors will be taken based on a "grid stress test". The basis for this is a monitoring of the "availability of nuclear power plants in France, the number of coal-fired power plants that have returned to the market, the availability of gas and coal-fired power plants and the expected development in electricity consumption". The agreement between BMWK and the operators states that the federal government will decide on the actual reserve operation of the plants by the beginning of December at the latest.

Should the government call for the reactors to continue operating, the operators will generate revenues from the electricity market revenue. However, if the plants remain idle, the federal government will reimburse all costs incurred in preparing for continued operation.

"The task is to ensure security of supply while recognising that nuclear energy is a high-risk technology that must be used strictly under the safety precautions in force," said Federal Minister for Economics and Climate Protection Robert Habeck. "Accordingly, we have spelled out the operational reserve. The operators will now make all the necessary preparations so that the nuclear power plants in southern Germany can continue to produce electricity in winter beyond the turn of the year, of course in compliance with all applicable safety regulations."

He noted that that an earlier forecast for output from France's nuclear power plants now looks unlikely to be met. "The originally specified 50 GW of output from the nuclear power plants there in winter can no longer be assumed," he said. The latest estimate now expects only 45 GW of output and that would only occur for two weeks in January. Output of only 40 GW is forecast by the end of February.

"As the minister responsible for energy security, I must therefore say that if this development is not reversed, we will leave Isar 2 and Neckarwestheim connected to the grid in the first quarter of 2023," Habeck said. "As of today, I think this is necessary. The talks with the operators have been concluded and the key issues paper agreed."

BMWK said the federal government is now aiming to complete the legislative process for keeping the units in standby by the end of October. Contractual agreements to secure the preparatory measures of the operators for the operational reserve are also being prepared, it said.

According to PreussenElektra, if the operational reserve is used, the Isar 2 plant would soon go into a brief shutdown in order to carry out an overhaul of the pressuriser pilot valves. After restarting, it would continue to operate using the current fuel beyond 31 December until probably the beginning of March 2023. The 1410 MWe (net) pressurised water reactor (PWR) would be able to operate between about 95% capacity initially and about 50% at the end, thus producing around 2 TWh of electricity.

"Even if there is unfortunately no final clarity about the continued operation of Isar 2, we welcome the agreement that has been reached," said PreussenElektra CEO Guido Knott. "We can work with it, and we can now start the necessary preparatory work.”

EnBW said the Neckarwestheim 2 plant will "definitely" shut down on 31 December. "If the German government decides that it is necessary to continue electricity generation, the plant's reactor core will be reassembled with existing, partially used fuel elements in order, by means of this optimisation process, to guarantee the generation of up to 1.7 TWh of electricity after restarting the reactor."

"For us as an energy company, the agreement now reached with the German government is very challenging to implement," said Georg Stamatelopoulos, Chief Operating Officer for Sustainable Generation Infrastructure at EnBW. "It means that we will have to rework all measures prepared for the planned year-end phase-out in the direction of safe and reliable continued operation in a deployment reserve.

"We believe that the agreement reached permits a fair solution as regards the spectrum of economic risks and potential returns."

Germany's other operating reactor, Emsland, is still scheduled to shut down on 31 December as power demand in northern Germany is expected to be met using other sources.