The latest results from China's Jinping Underground Nuclear Astrophysics experiment facility (JUNA) have revealed the mystery of calcium abundances in the oldest known stars by using the world's deepest underground laboratory, the China JinPing underground Laboratory (CJPL), further unveiling the evolution of these first stars. The study was published in the journal Nature on Oct 26 (London time). 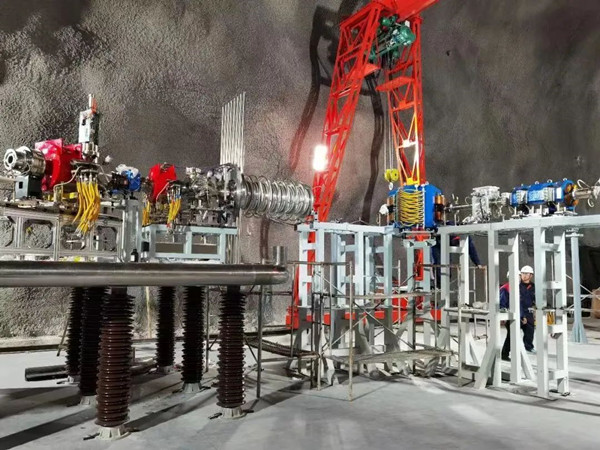 The origin of calcium in the oldest known stars — the first stars or primordial stars that formed out of the matter of the Big Bang — has remained a mystery to many scientists. Proposed mechanisms for the production of calcium in the first stars are at odds with observations. In this study scientists suggest a qualitatively different path to calcium production through the breakout from the 'warm' carbon–nitrogen–oxygen (CNO) cycle through a direct experimental measurement of the 19F(p, γ)20Ne breakout reaction down to the very low energy point of 186 kiloelectron volts.

John Mather, a Nobel Prize laureate in physics and Senior Project Scientist on the James Webb Space Telescope, congratulated the JUNA team on their new measurements, which he noted as being important. Reviewers of the journal Nature commented that the study is a great experimental success and that it paves a new way for future nuclear astrophysics studies. The study is also the first from China's nuclear physics facilities to have been published in Nature.

The China JinPing underground Laboratory (CJPL), in Southwest China's Sichuan Province, can greatly reduce the influence of cosmic rays and provide unique conditions for the direct measurement of important nuclear reactions of astrophysical interest. It was built by the China Institute of Atomic Energy under the China National Nuclear Corporation (CNNC) in collaboration with the Institute of Modern Physics of the Chinese Academy of Sciences (CAS), Beijing Normal University, Tsinghua University and the Yalong River Hydropower Development Company.